The Hanna Golf and Country Club was established in 1935 in the beautiful rolling prairie grassland of Central Alberta.

The 18-hole course has earned high praise for its professionally designed, superior quality greens – a far cry from the oiled sand greens and rubber mat tees of the original nine hole course.

Members of the club built the first grass greens on the course in 1975. In 1984, Les Furber and Jim Eremko (formerly of Hanna) of Golf Design Services (GDS) in Canmore did a major redesign and dramatically transformed the course into a first-rate golf experience.

Early in 2005, the Hanna Golf Club with the support of the community decided to expand the facility to 18 holes. Les and Jim of GDS were back and did a masterful job integrating the existing track with another exciting nine holes.

Members played the new layout late in the 2006 season. The course features an imaginative layout with plenty of water and sand in play. Special pride is taken in overall course maintenance and visitors often remark on the high quality of Hanna’s greens and well-manicured fairways.

The course is an oasis for local residents and tourists who come to play a challenging 18 holes. Most challenging is the par-5 number-16 hole, guarded by water in front and two strategically placed sand traps at back. Despite these obstacles, with a good tee shot around the dogleg and a follow-up to the green, a birdie is still possible for the long-ball hitter.

The Hanna Golf and Country Club is open May through October and hosts several popular tournaments during the season. The atmosphere is friendly and welcoming and it’s usually possible to walk right on without a reservation during weekdays. Come out and give it a try. 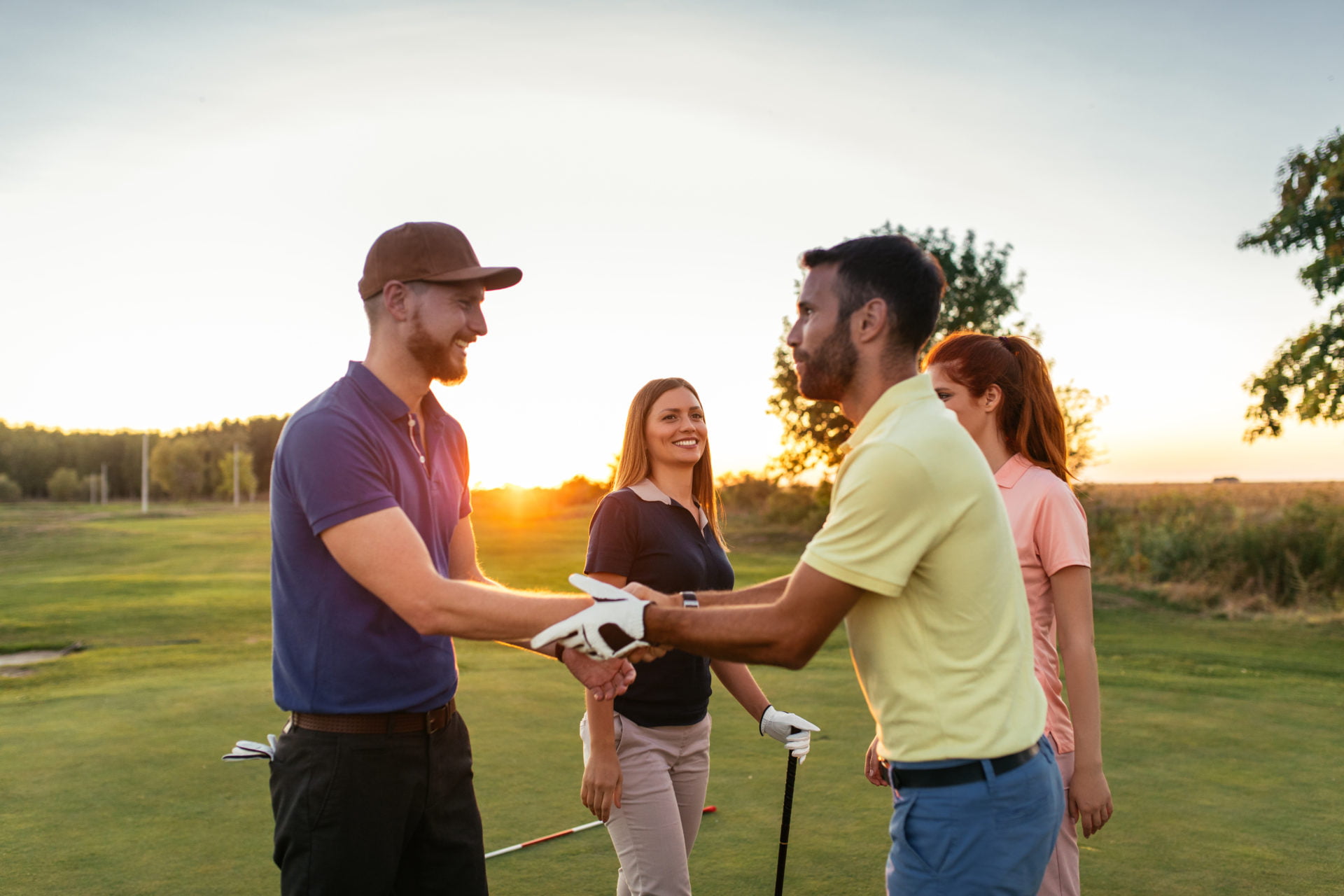 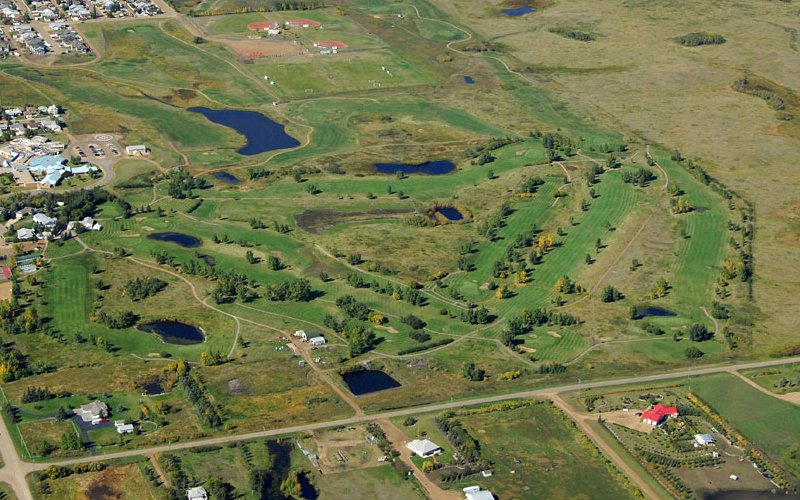 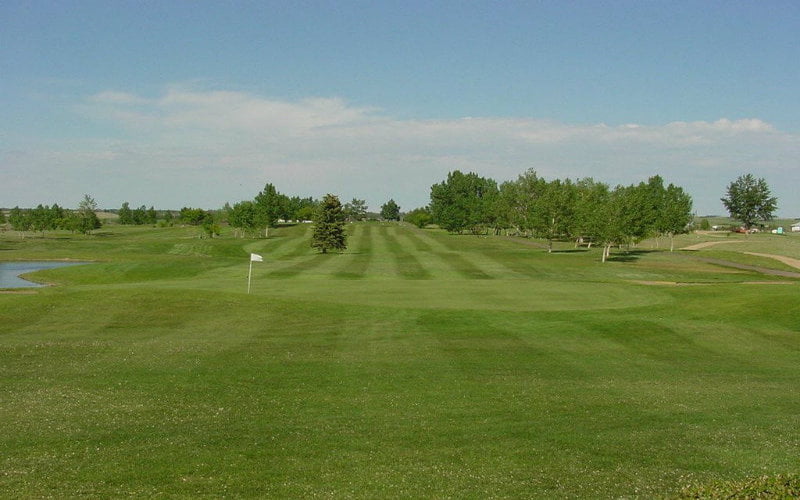 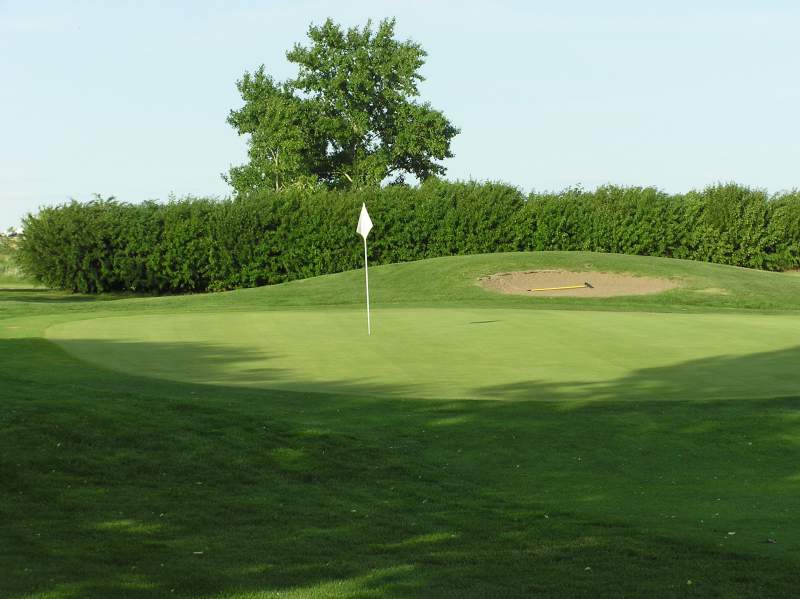 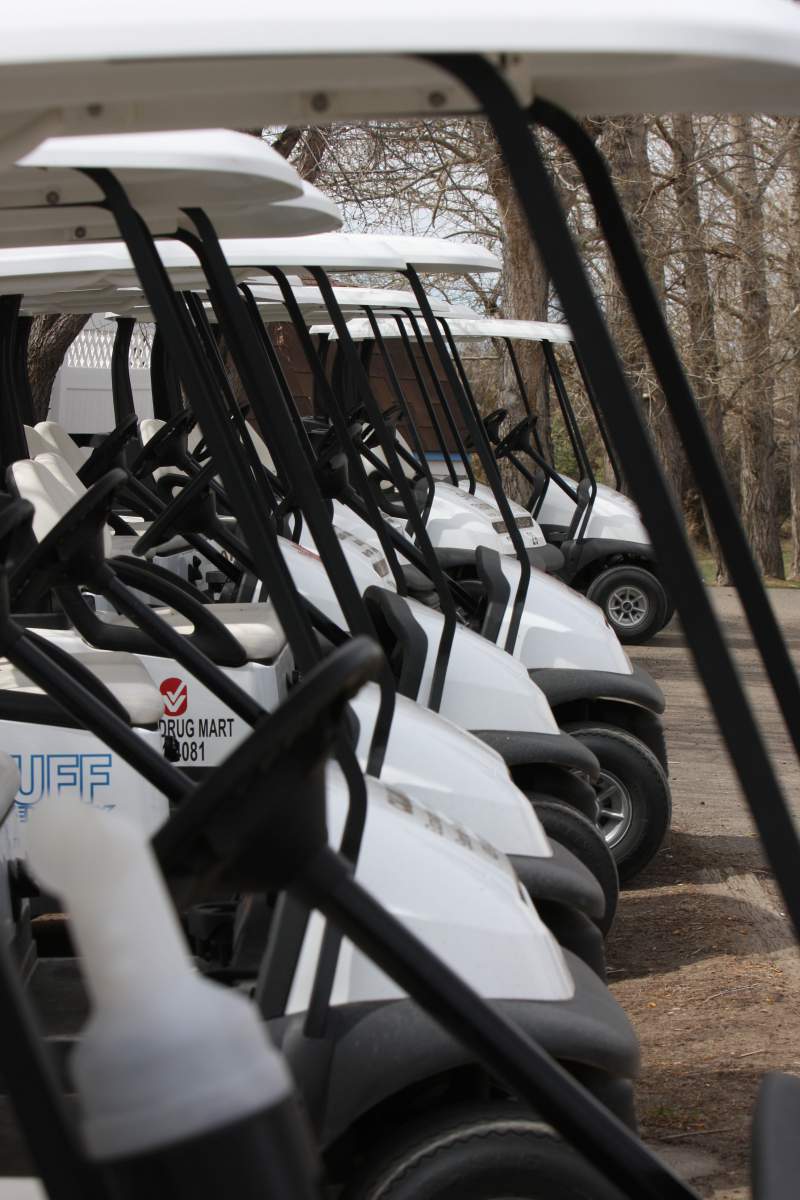 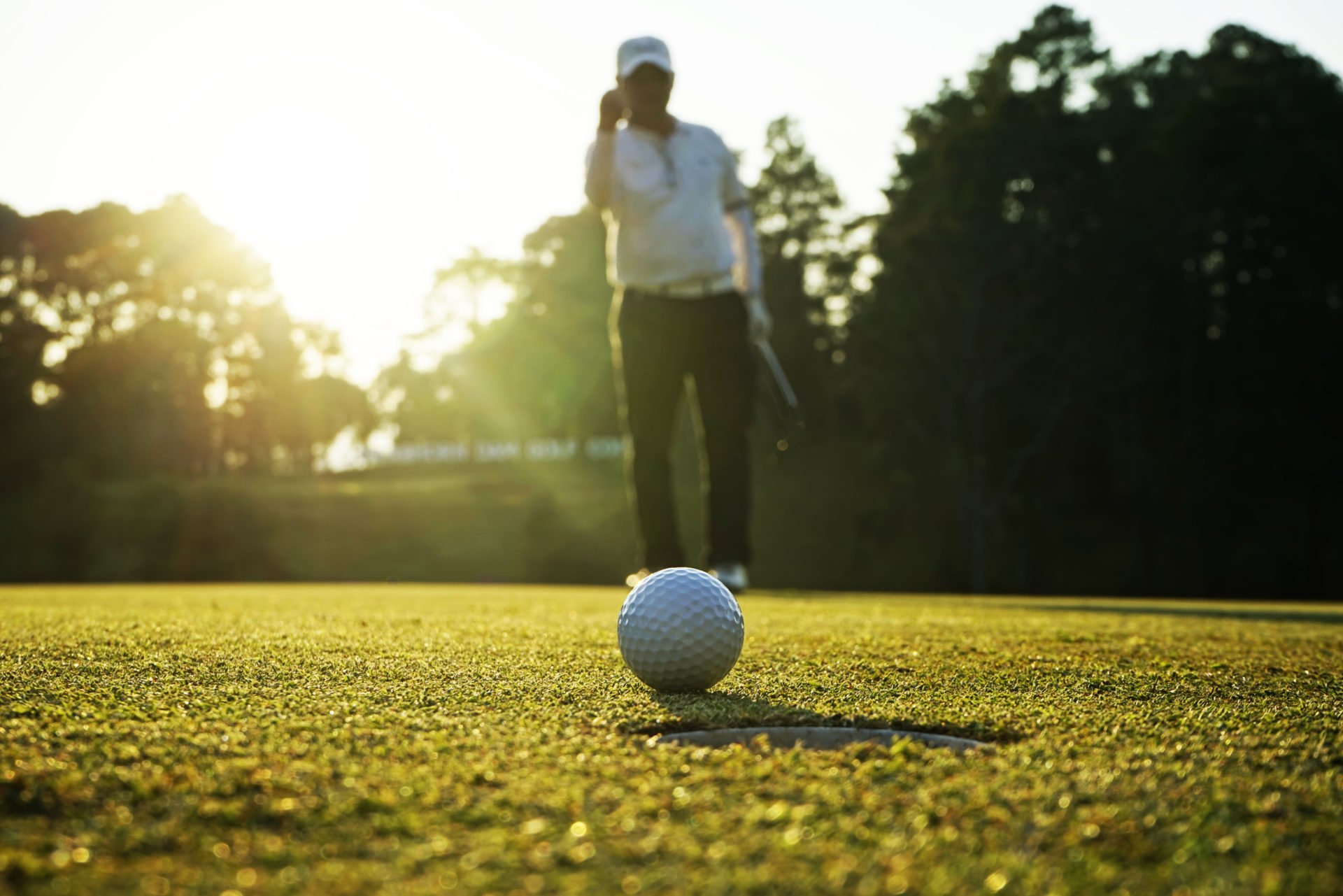 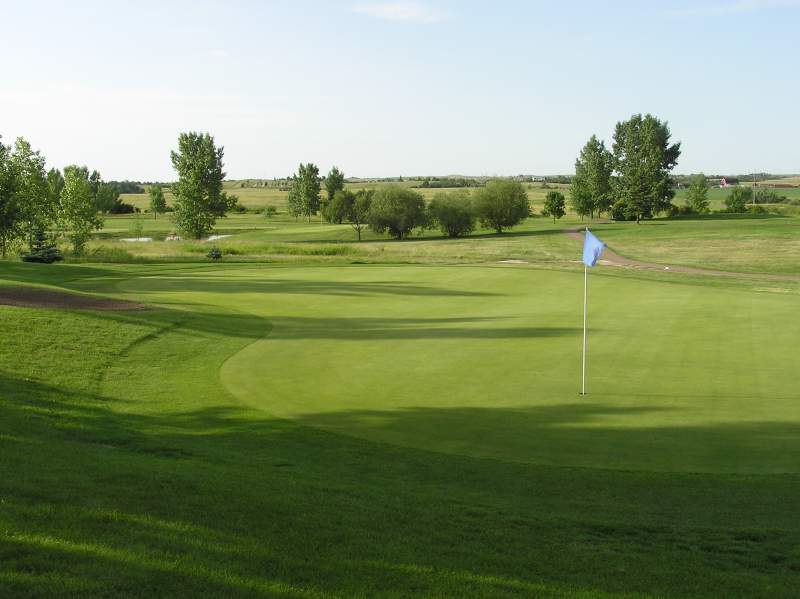 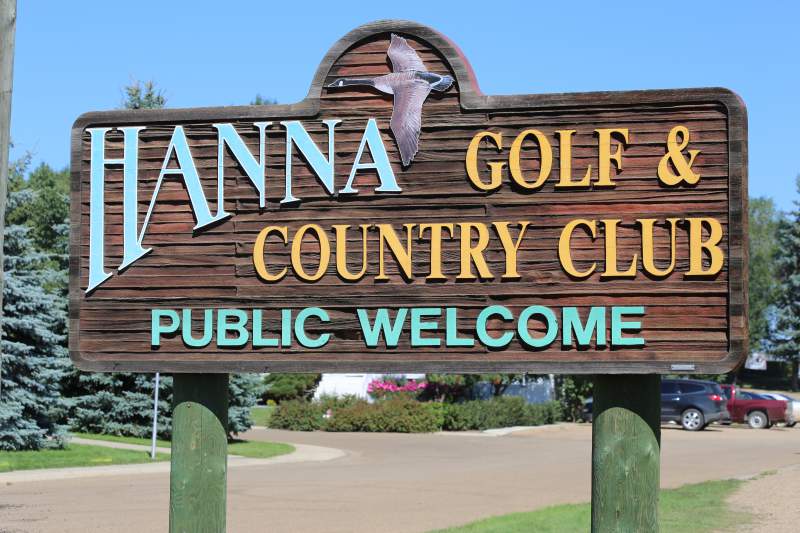 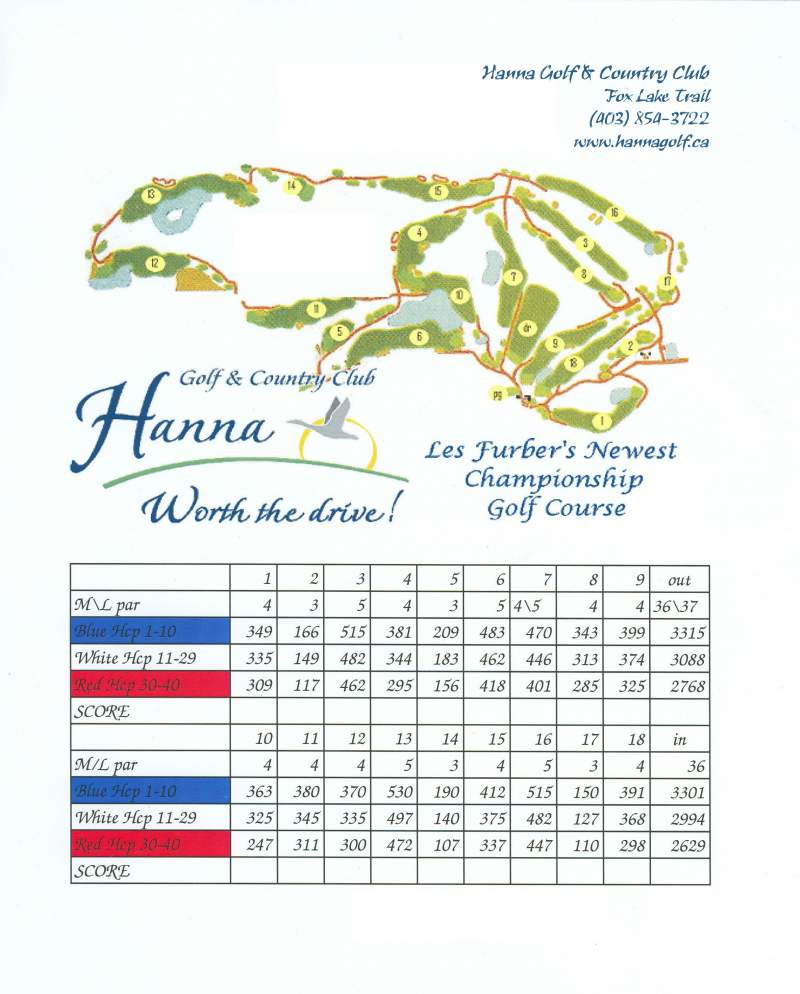 Driving Range:
$5.00 per bucket
(all prices are plus GST)